Video games walk a thin line, one niggling feature can make a playable game unbearable, similarly, there are several good games out there that are just one simple change away from greatness. Games like …

Halo involves you, the player, taking the role of Master Chief, a 7ft tall super soldier who punched half of an alien race to death in an afternoon, if you couldn’t tell already, it’s a series well-known for its realism. The games really shines though in its multiplayer mode, which is credited with helping shape online gaming as we know it today. 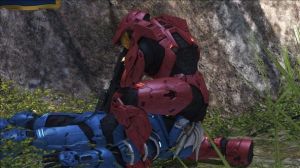 Erm, thanks Halo, we guess.

With each game in the series getting over 90% in ratings from virtually every critic who played it, it’s hard to pick fault, which only stands as a testament to how great I am.

prioritised pick-up options. Since most people will get far more use out of Halo’s online element that’s the place it gets the most criticism, from me any way. And the one thing that has annoyed me more than anything, more than camping or sniper spam, is trying to pick up the energy sword or any other power weapon, only to have my character accidentally pick up a half loaded assault rifle and die desperately pawing at the ground for the one thing that could save their life like an old lady with parkinsons after her pills. 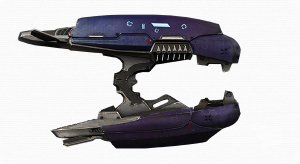 It’s safe to say that no one ever meant to pick this up.

What I’m asking for is an option (that you could turn off if you wanted to) that would prioritise which weapons you as a player would rather pickup, this option would be totally customisable based on your play style. Do you love you some sniper rifle? Put that bad boy at the top of the list and if it’s on the floor, hold RB and you’ll magnet that thing to your hands, Borderlands style.

Sure this eliminates some element of realism or skill, but you’re playing a video game where you’re told to shoot at the opponent because they’re not the same colour as you are, and come on, we never do that in the real world.

Street Fighter, Tekken, Any Fighting Game.
Although not as popular as other genres, fighting games like Mortal Kombat and Tekken still have fans and die-hard followers. Also since they’re usually played between just two players in a situation where single frames of movement can often change the outcome, balance and competitive play is a key issue. 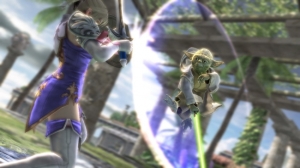 Then again, you can just pick Ken and shoryuken your way out of any situation, up to and including divorce and tax fraud. Either way, if you play a fighting game in any capacity you’ll be well aware that the simplest thing can put you off.

Turning off the ability to pause mid-game. Pausing a fighting game mid match is like whipping out your cock in McDonald’s, it doesn’t matter how small it is, other people are going to notice and it’s really going to put people off.

Why games have yet to include an option to remove the ability to pause or hit the Xbox home button mid-match is actually so confusing and infuriating that I’m having flashbacks to my ex-girlfriend. Sure there are legitimate reasons to pause a game, but don’t give one player the option to do it instantly, because all it does is lead to arguments.

“Dude, what the fuck, why did you pause it?”

“So you paused mid fucking combo, even if your pad isn’t working, it’s not going to stop me finishing my combo, you only did that to throw me off.”

“No I didn’t, now I’m going to un-pause without telling you and score a free hit because my pad has suddenly started working again.” 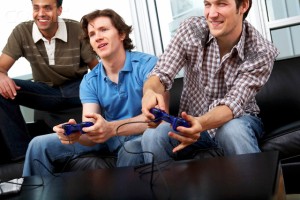 The creators of FIFA have stumbled on the perfect system, since football in constantly changing what with players always moving teams and getting accused of battery. This means that every year they can release the exact same game with a few new features and millions of people will buy it. Business! 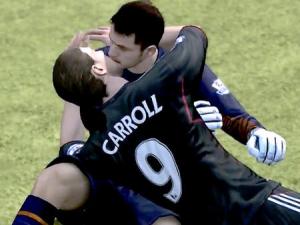 I’m not a fan of this game. Can you tell?

That said, it is insanely popular and millions of people have it, like herpes! And like with herpes, the people who play FIFA are equally as grating and difficult to interact with without some sort of weeping involved. But like with anything popular, it has exactly one flaw.

Turn off the referee. Please for the love of God give players the ability to just play a school yard rules version of FIFA. One of the biggest barriers for entry-level players like myself is the deeper level of FIFA play. There are four buttons that control how you kick the ball. Then you have buttons that modify defensive and attacking styles of play. It’s at this point that I usually stop caring and start hammering the slide tackle button to make it look like my players have narcolepsy. 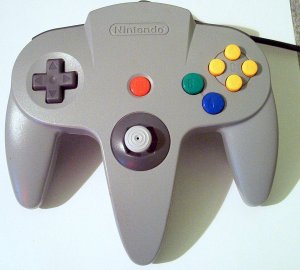 I may as well be playing with one of these.

Why not give players the option to remove the crux of skill by taking away the referee, every iteration of the game prides itself on boasting new tackle physics, but they’re almost never seen because no player is stupid enough to risk a flying dragon tackle.  Take away the referee, let players drop kick each other in the nads, let them run at full speed into the cross-bar.

In other words, let them have fun. Because there’s nothing fun about someone telling you to hold down the shoulder button to do a gentle step in tackle when all you really want to do donkey punch Wayne Rooney. Come on video games, step up your shit.

Error: Twitter did not respond. Please wait a few minutes and refresh this page.